7/30/17: We’ve had continuous sightings of humpback whales near to Santa Cruz by the Soquel Canyon. Groups of 3-6 whales at a time will be feeding and display surface behavior such as lunge feeding, breaching and fin/pec slaps. Many come close to the boat!

Yesterday we spent time with about 10 whales that were casually feeding in the Monterey  Bay, among a huge raft of California sea lions. Other highlights were big Mola Mola (sunfish) and an albatross! Risso’s dolphins have been seen regularly dining on squid in the Bay. Of course we are also cruising by to look at white sharks near the Cement Ship at Seacliff Beach. 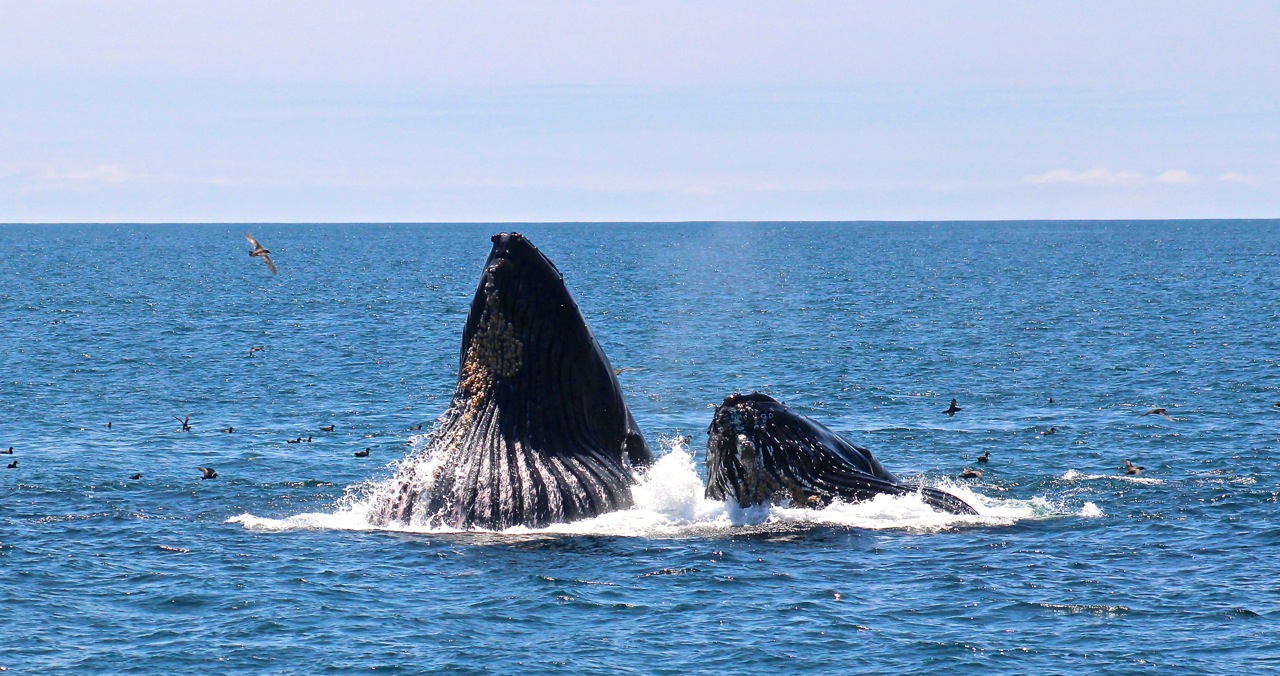