JANUARY 1 & 2, 2018 Happy New Year! We’ve been thrilled to see both humpback whales and gray whales on Monterey Bay this week. Good visits with otter, sea lions and harbor seals, friendly dolphins and lots of jellies just under the surface. 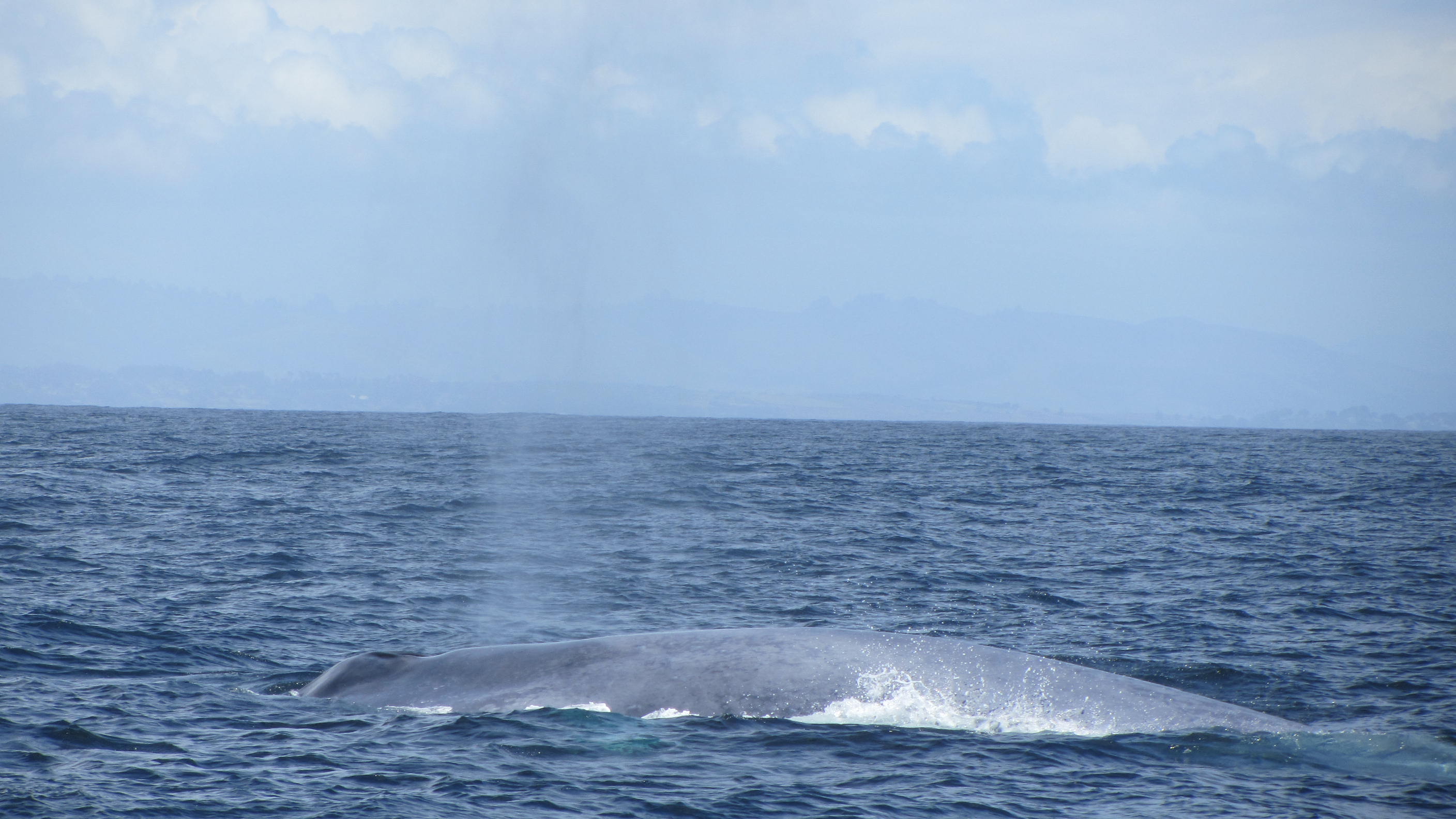 January 14, 2018, we found a pair of active humpback whales who showed lots of synchronized diving and fluking up and, just as we were about to head back, a big breach near the boat!

January 20, 2018 We saw gray whales and humpback whales--and birds! --on board Velocity.

February 2, 2018 – We found 4 humpback whales, 1 breached! It was a beautiful day out on the water, with the gorgeous and mysterious “Fata Morgana” aquatic mirage suggesting fairy castles along the cliffs of Monterey Bay! (photo: Michael Nelson) 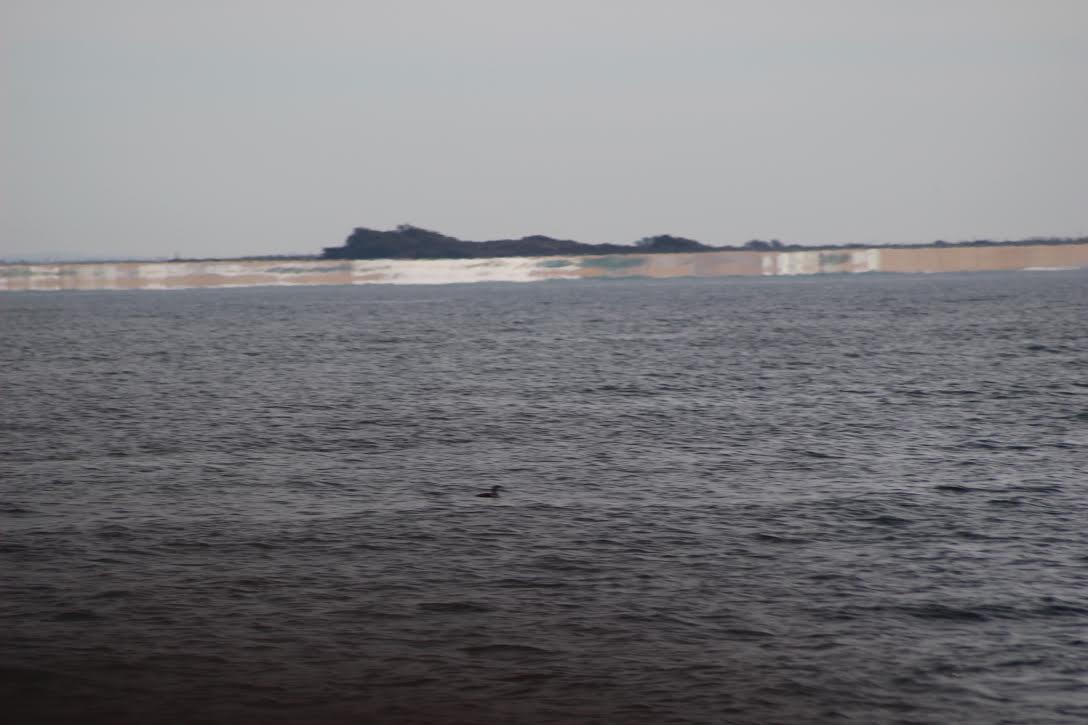 February 4, 2018 SUPER BOWL ~ SUPER SIGHTING! Gray whales were out at Pleasure Point, Humpbacks near the Soquel Canyon at the north center of Monterey Bay, California sea lions at the mile buoy near Santa Cruz.

February 9, 2018  Humpback whales about 3 miles out from Santa Cruz. Gray whales & sea otters offshore near the Santa Cruz Harbor. Dolphins & sea lions at play near the beaches. a beautiful day for whale watching in Monterey Bay!

February 11, 2018, we spotted about 300 common dolphins! Plus, 1 gray whale and 3 humpback whales; one humpback came so close to the boat he got spout on the windows! Jellies, and a pair of romantic otters in the harbor. Happy Valentine’s Day!

February 18, 2018 Lots of gray whales near Natural Bridges at the north end of Monterey Bay.

March, 2018: Throughout the monthof March we had a mixed bag of whales, dolphins and birds in Monterey Bay. On various days we saw humpback whales, gray whales, dolphins, albatross. Photos: Michael Nelson 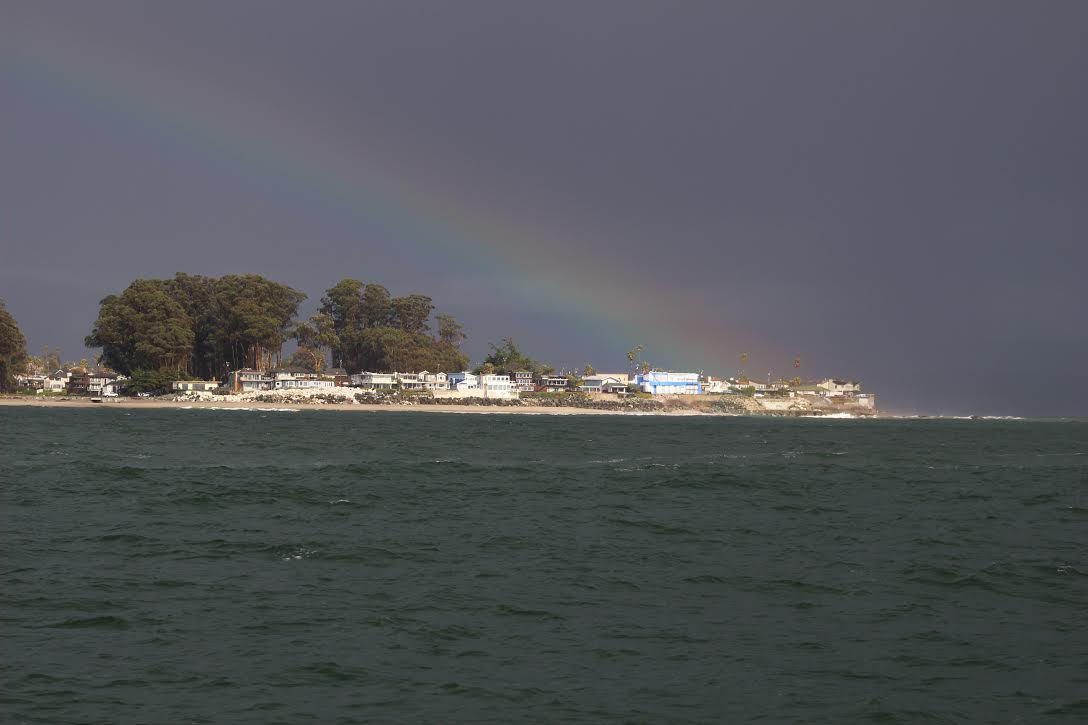 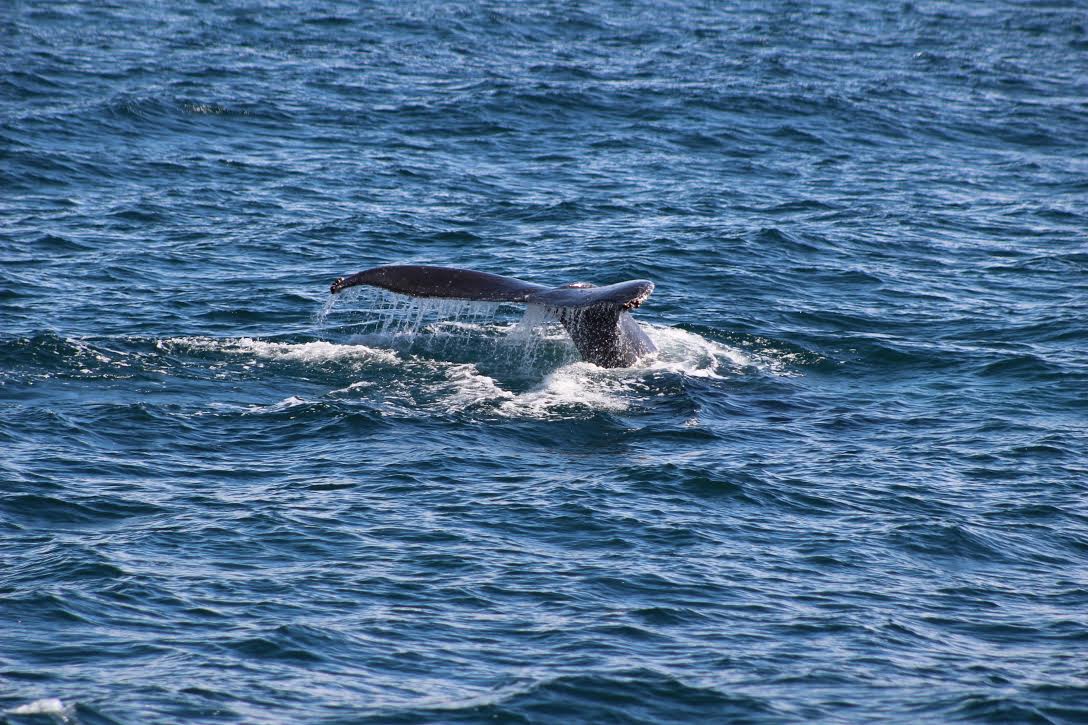 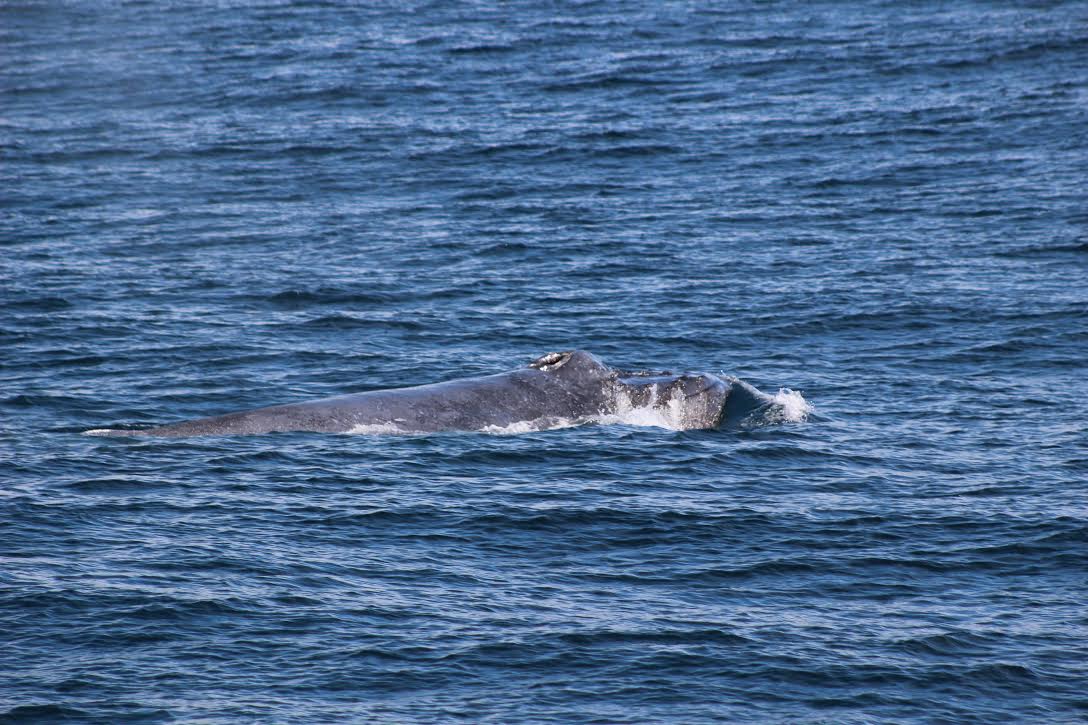 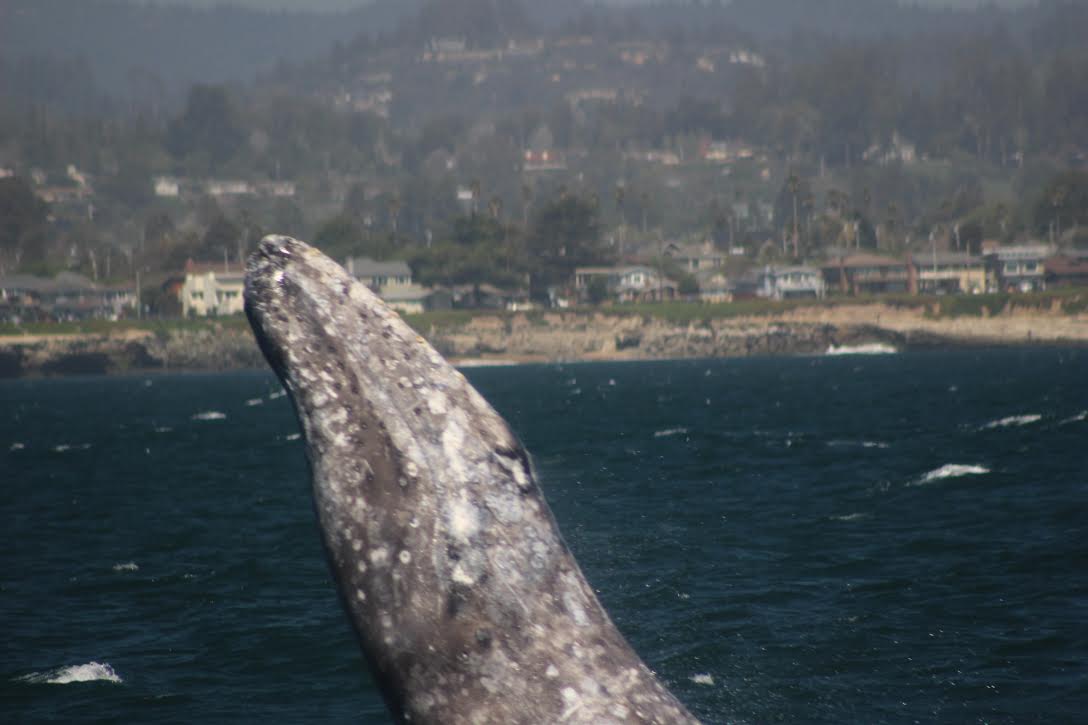 April 5, 2018 – Gray whales, humpback whales, a glimpse of orcas in the distance. 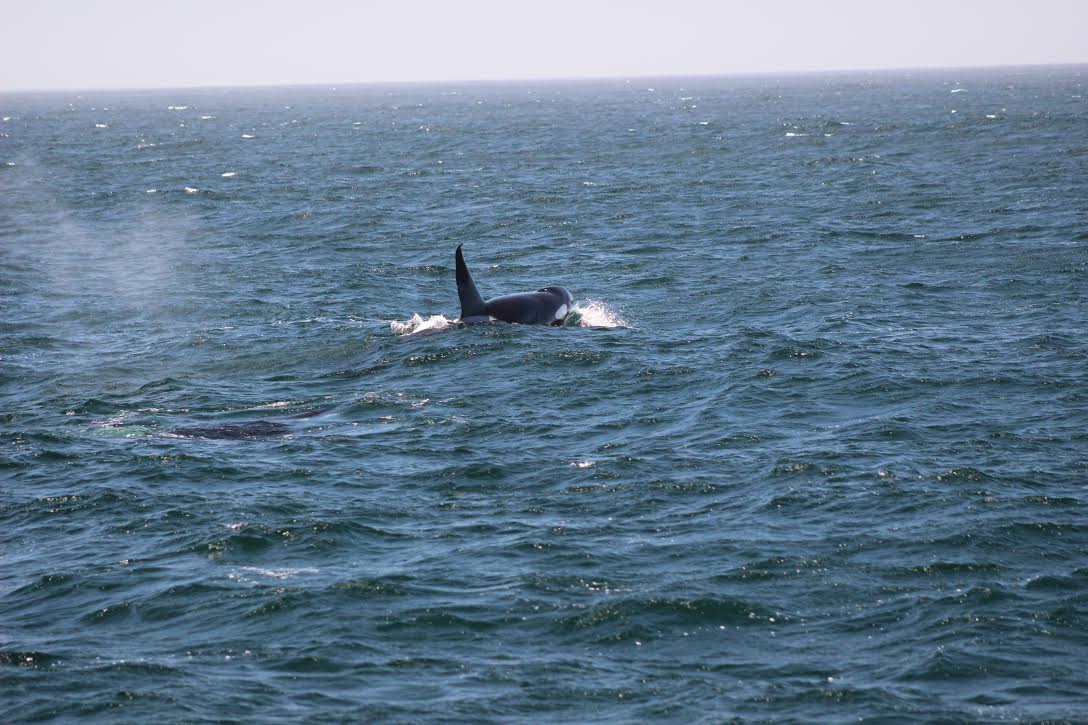 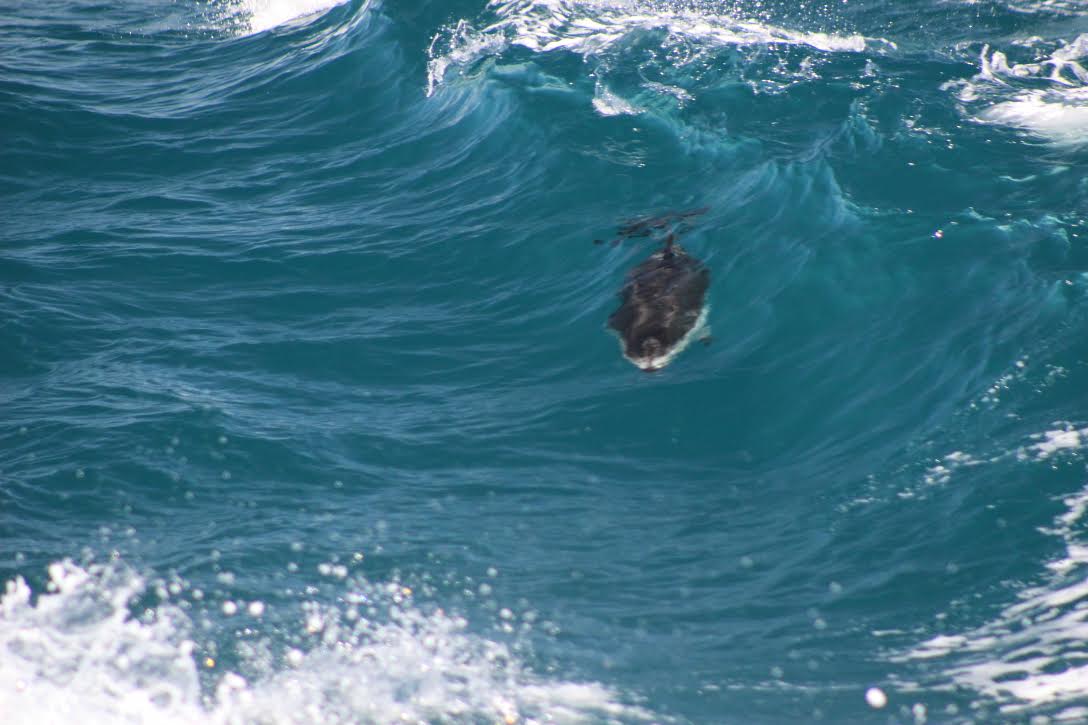 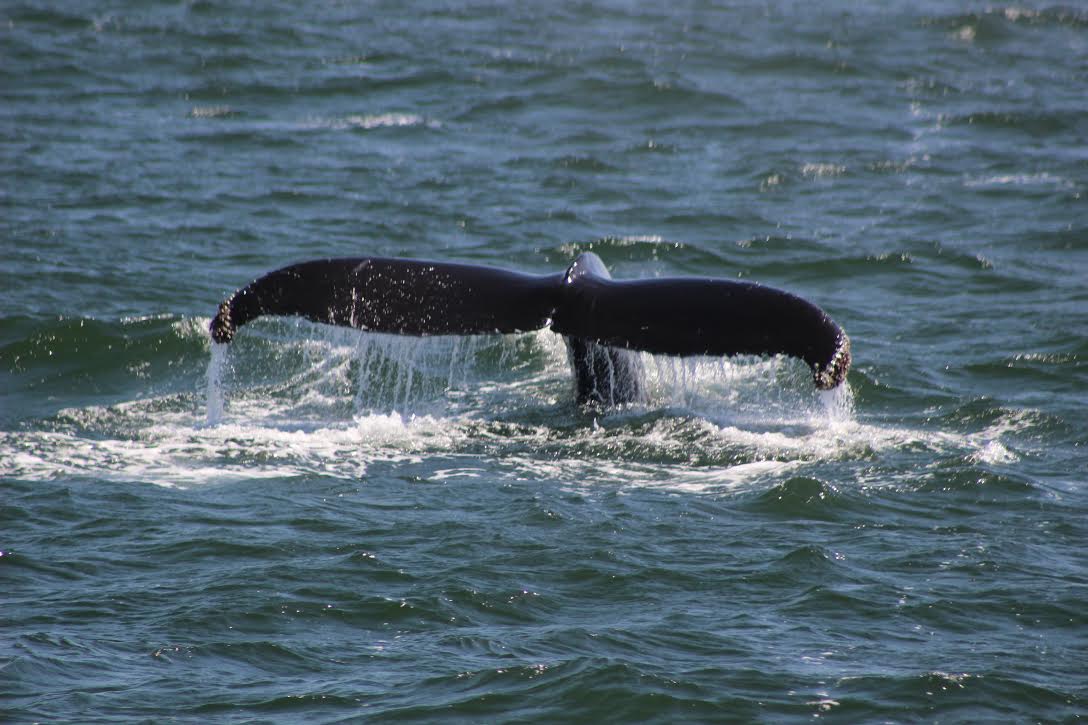 April 21, 2018 – 12 orcas, 2 humpbacks. The humpback whales will make themselves scarce when the killer whales come around to hunt in Monterey Bay.

April 22, 2018 – Active humpback whales over the canyon! They are back to feeding over Monterey submarine canyon today.

April 23, 2018 – Right away we found a gray whale mother and calf just outside of the harbor; gray whales are on their northbound migration back to the Bering Sea in Alaska for the summer months. We then cruised down to the Monterey Bay Canyons mid-bay to spend time with humpback whales. They showed us tail throws, and a breach nearby to the boat!

Sunday, April 29 – Fantastic humpback whales in action. Several whales head-slapping for some time. You never know what activities the wildlife will get up to in Monterey Bay.

ORCA VIDEO FROM 4/27 by Hannah Browne - Thanks, Hannah!