10/2/18 Today more great looks at humpback whales feeding and playing just a few miles out from the Santa Cruz harbor! We had a breacher - full body out of the water - what a sight!

9/30/18: Calm and crystal-clear waters on Saturday and Sunday enhanced viewing of the massive humpback whales. One of our naturalists said this: "We had a totally epic day today. Super friendly whales for about 20 minutes. Within reach of the boat. Clear water. You could see the whole whale! It was incredible!" Whales came up close to the boat showing many surface behaviors, spy-hopping and lolling about alongside the boat. Monterey Bay whales!

This behavior is what we call a "spy-hop" - a whale just hopping up to spy around above the water line.

9/28/18: We had fog on Friday, but still great looks at two different pairs of whales a few miles from Santa Cruz harbor. One younger whale breached a couple of times, and the two swam by very close to the boat a few times as well. Some classic Monterey Bay foggy conditions made it challenging to find them, but once we did, we got great looks on calm seas! 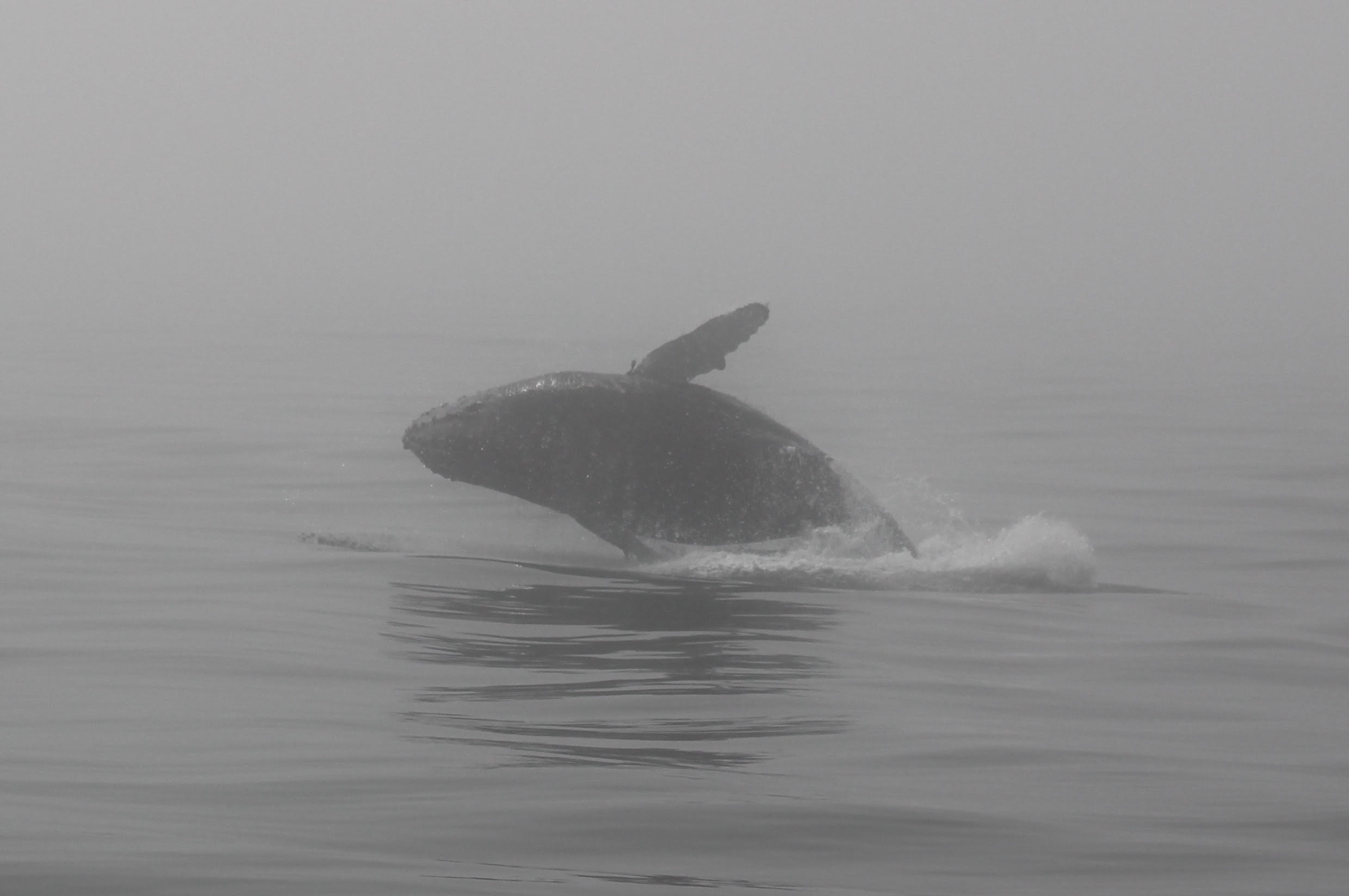 9/21/18 So many humpback whales are staying near the north end of Monterey Bay simply because they are feeding on huge schools of anchovies that meander throughout the Bay. Here is an amazing photo illustrating the large mount of anchovies near Santa Cruz, offshore from Aptos and the Cement Ship area at Seacliff State Beach. PHOTO CREDIT:   Eric Mailander 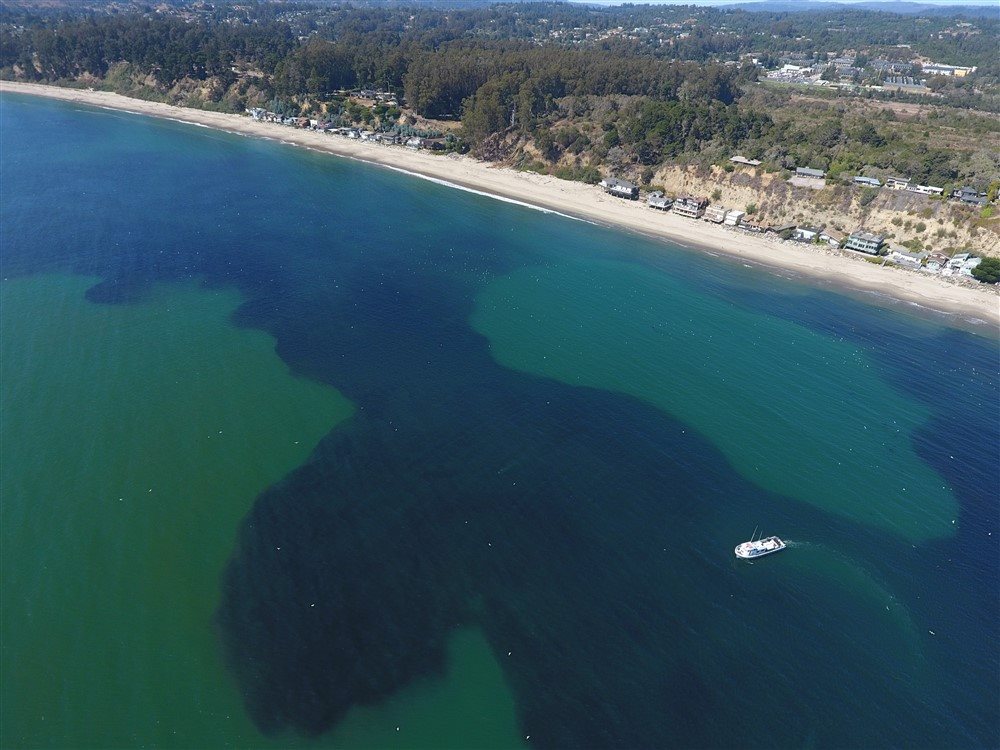 9/10/18: Yesterday was an all local wildlife special! We had lunge feeding humpbacks less than a mile from Santa Cruz to Aptos. One even breached! Many bird species, including aerial battles between parasitic jaegers and elegant turns. We saw California sea lions as well as southern sea otters. And! The sharks are still here. We had great looks at about 6 individual great white sharks. Over the weekend, we ventured further out into the bay, and viewed about a dozen humpback whales leading a feeding frenzy alongside sea lions and birds over the canyon. Several Mola molas were spotted along the way. Monterey whale watching at its best.

We were delighted to host crew from local news station KSBW on a recent whale watching trip!